The Board of the VPFA honours the outstanding contribution that Noeleen Battley-Mann made to both the VPFA and a large number of poultry clubs throughout Victoria.  The “Noeleen Battley-Mann Encouragement Award”  is made annually to the individual or group of individuals who best exemplify the sustained contribution that Noeleen made to breeding and exhibiting poultry. The kind of service to be recognised may include, but not be limited to, publicity, administration, catering and support or the mentoring of young exhibitors.

(please note the format of the attached application form should not change.  Once dates are confirmed we will upload the refreshed form) 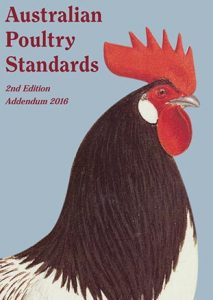 Prices correct as of the 1st January 2020 but are subject to change without notice as every effort will be made to keep them updated.

Please allow 4 to 6 weeks for delivery for clothing merchandise.
Book orders are managed by VPFA Secretary and are processed within a few days.

To manually order any of the clothing merchandise listed on the site, download the order form below and send it to Brian Daniels, address listed on the form. 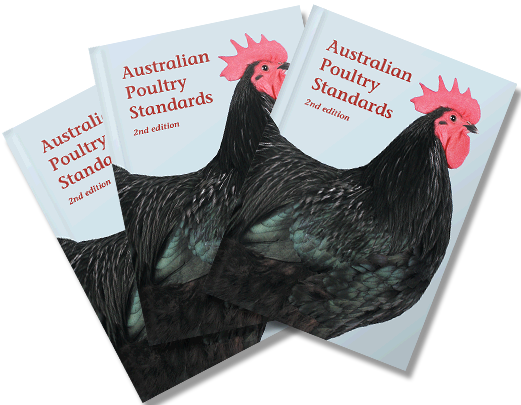 The second edition of the Australian Poultry Standards is available.